The Great Aussie Bush Camp began life as a theme park and movie studio, started by entrepreneurs and pioneering documentary film makers, Mike and Mal Leyland. Mike and Mal migrated with their parents from England to Australia at age 5 and at age 15, Mike won a trip to the 1956 Olympic Games in Melbourne after entering a cartoon drawing competition. He took with him a 16mm movie camera that his father purchased for him.

Mike and Mal’s future as documentary film makers really began with their careers in the media. Mike became a news cameraman at television station NBN at age 21 and at 18, Mal was working as a cadet at Newcastle’s The Sun newspaper. 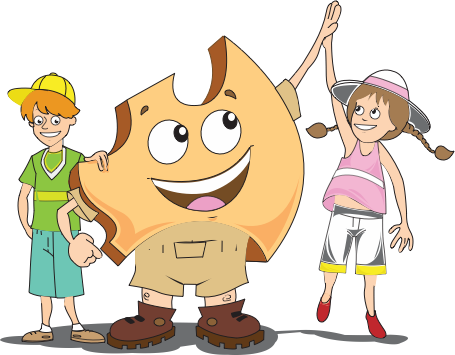 Their first regular television series, Ask the Leyland Brothers, aired on Australian television between 1976 and 1980, and again from 1983 to 1984. With few other documentary series of this type, the show often provided Australian viewers with their first look at outback Australia and in that sense, the series was amongst the first authentic documentary films about Australia. The series helped define who we were as Australians at that time, how we thought about ourselves as Australians and hinted at things to come for a burgeoning nation.

In November 1990 the Leyland Brothers opened the Leyland Brothers World theme park near Tea Gardens on the Pacific Highway north of Newcastle, New South Wales. The site included the now iconic 1/40 scale replica of Uluru as well as amusement rides, playground, a roadhouse, museum and a 144 student capacity bush camp.

Following the collapse of the theme park and the attached movie studio, the site continued as an outdoor recreation centre.

The Great Aussie Bush Camp – Bigger and better than ever

In January 2009, family members Sarah and Brad Love and Simone and Brad Higgins, purchased the site – which had been operating for 21 years as an outdoor education centre – with the intention of rejuvenating the well known Great Aussie Bush Camp. With considerable experience in childcare, business development and a passion for excellence in everything they do, the new owners developed a strong foundation for even greater success in the future.

Less than two years later, The Great Aussie Bush Camp had established itself as a leader in outdoor education within Australia, while simultaneously entrenching itself in the local economy.

Each year around 45,000 children, as well as teachers, attend The Great Aussie Bush Camp Tea Gardens and Kincumber. The emphasis is on providing memorable teaching and learning experiences in a family friendly atmosphere and removing the hassle that principals and teachers normally have to face when planning school camps.

The Great Aussie Bush Camp acknowledges the importance of building its business based not only on quality of service, but on the historical significance and authentically Australian nature its location offers. This combination of outstanding facilities, great service and a rich heritage makes the camp unique amongst other outdoor education providers.

However, being authentic also extends to the type of camp experience provided. The comfortable living quarters are not so removed from the surroundings that students miss out on the ‘back-to-nature’ living experience. This is consistent with studies from both Deakin and Monash universities, which show that students’ experiences and learning acquisition are enhanced by a more genuine ‘bush experience’ such as that on offer at The Great Aussie Bush Camp. Alternatively, those camps offering a less authentic bush experience largely miss the intended benefits of outdoor education.

The amount of investment in the Tea Gardens site alone over the past 8 years is indicative of The Great Aussie Bush Camp’s commitment to educational excellence and their intention to be a long-term leader in its field.

Which ever site you choose, your students will experience programs that are delivered within unique and authentic Australian environments by highly trained instructors who treat students like family and teachers like VIPs. Every Great Aussie Bush Camp® program offers the widest choice of onsite and offsite activities available at any outdoor education centre in Australia. Our programs are delivered through a sequentialised approach where “challenge by choice” allows students and teachers to safely go beyond their comfort zones at a pace that feels right for them.

Depending on each school’s needs, different programs can be developed to achieve student outcomes from across all stages of learning and every curriculum area. Our position as a leader in the outdoor education industry is reflected by the range of curriculum solutions we offer, the family friendly atmosphere we develop and our passion for what we do.

The activities combined with the personalities of the instructors is something you wouldn’t get anywhere else!

This camp is amazing. We had an awesome time, stress free and at all times knew what was happening. Kids are thoroughly happy, challenged and exhausted.

The students enjoyed all the activities. Life Ready session was very informative, the content was relevant and the presenters were very engaging. The service for students as well as teachers was wonderful. I will highly recommend this to anyone.

The genuine consistency and commitment of all staff in every role and responsibility that each individual undertook.

The message at each activity, to engage students to transfer skills to individual/ dynamic home and school environments. Talking about focus, team work, and different strategies and directing these life skills back to the classroom was excellent. When some kids failed their first attempt the instructors gave them a second chance and made them feel worthwhile & special.

The camp has a relaxing serene natural environment. Individual attention to each student/ staff needs EG: dietary organisation, attention to detail. They encouraged persistence and resilience.

Friendly, helpful staff who can confidently lead the students push the students to achieve their best & also provide a fun experience.

We all had a wonderful time. Faultless organisation and the staff were just outstanding. All activities were exciting and engaging for students and teachers. We had a ball. The teachers are treated like royalty and the overall enthusiasm & professionalism of staff was second to none.

The way teachers are looked after and the way the instructors bonded with the kids and learnt all their names so quickly.

Thank you for yet another great experience for our students and staff. All instructors were amazing in building positive relationships with students in such a short time, thus allowing our students to develop and take risks on camp ! We love the diversity of activities offered and treatment & support of teachers whilst at camp.

There was a great atmosphere leading in and everything was relaxed but well organised. The activities were excellent, challenging and varied.

This is a fantastic camp for both teachers and kids. The team building & challenges set were awesome!! Could not recommend GABC any higher. We LOVED it !!!! Hands on instructors establish a great rapport with our kids with fantastic support & care of teachers & students.

Thank you so much for an amazing camp. We love coming here. We really love that the instructors spend time talking about the social / emotional skills (comfort zone, teamwork, overcoming fears, etc) as well as the physical skills with the activities.

The activities were all linked to life & the classroom. The kids were involved in character building, development of self-esteem, team participation, learning to encourage others, focus and challenging themselves - all while having the best fun in the world. 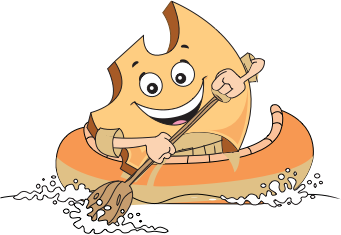